The Chennai Bangalore Industrial Corridor (CBIC) along Chennai – Bengaluru – Chitradurga (around 560 km) will have an influence area spread across the three states - Tamil Nadu, Karnataka and Andhra Pradesh. It is expected to boost commerce by enabling quicker movement of goods from East Asia to the ports in South India. The CBIC is set to have a direct impact on 47.5 million population creating competencies with other Asian Economies. 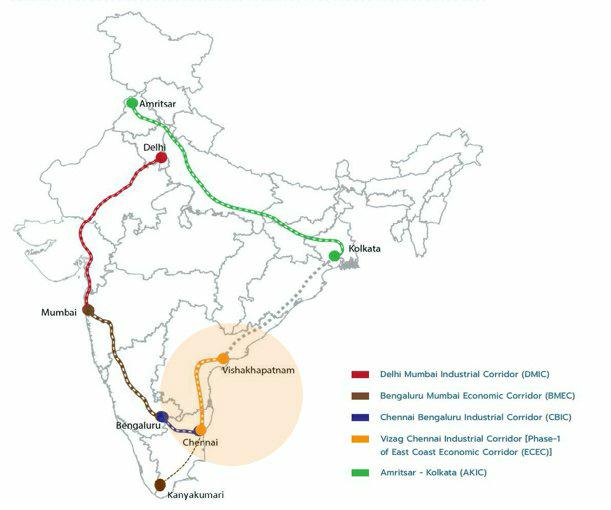 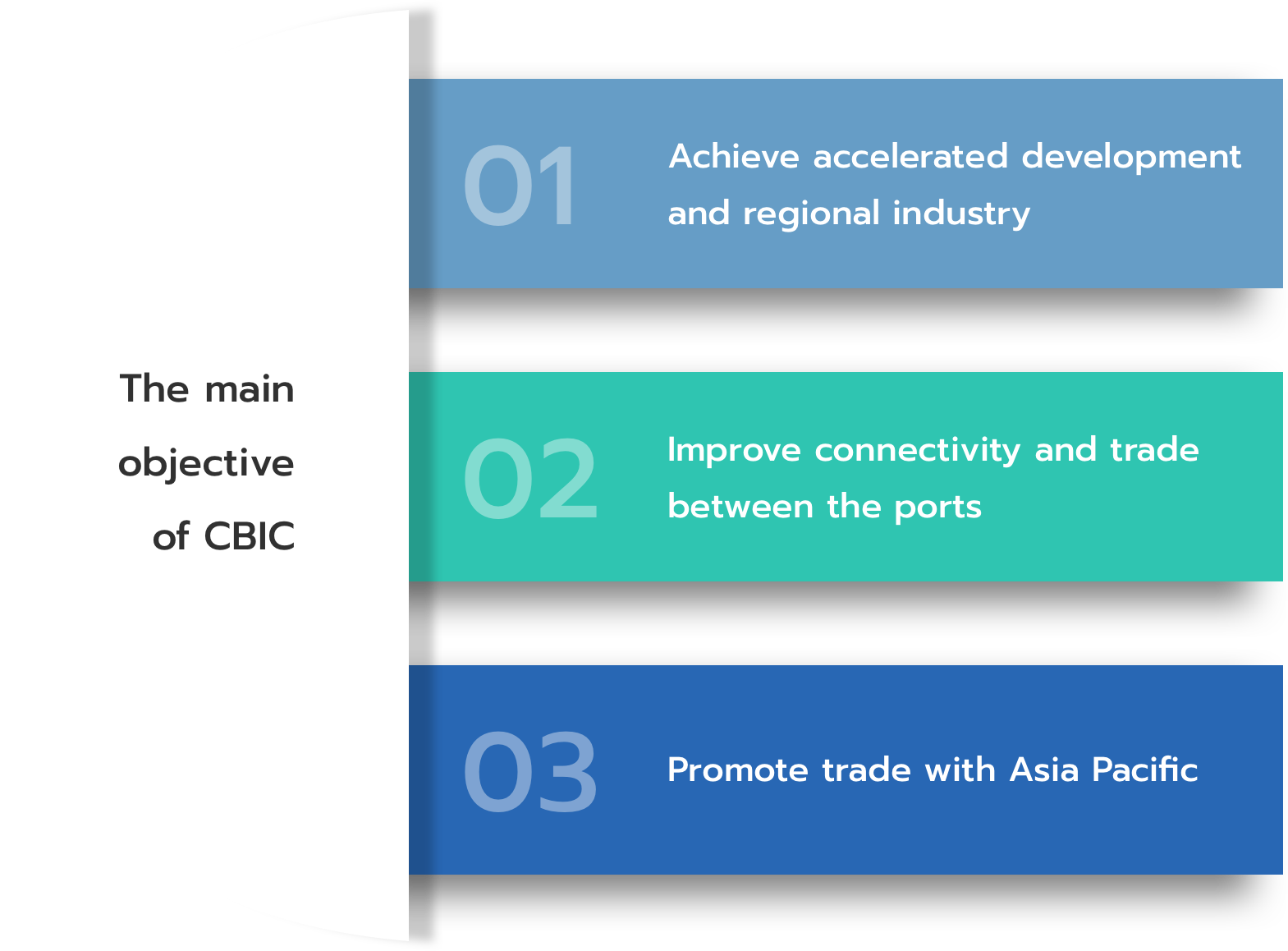 The CBIC, in Southern India along which industrial nodes are currently in planning and at design stage – namely, Krishnapatnam in Andhra Pradesh, Tumkur in Karnataka, and Ponneri in Tamil Nadu. The strategic location of the Krishnapatnam Industrial Node along with connectivity to the existing port makes it a very attractive investment destination due to its locational advantage.

The Krishnapatnam node under CBIC resonates with the industrial development strategy adopted by the Government of Andhra Pradesh. The vision of the state is outlined progressively for three horizon years 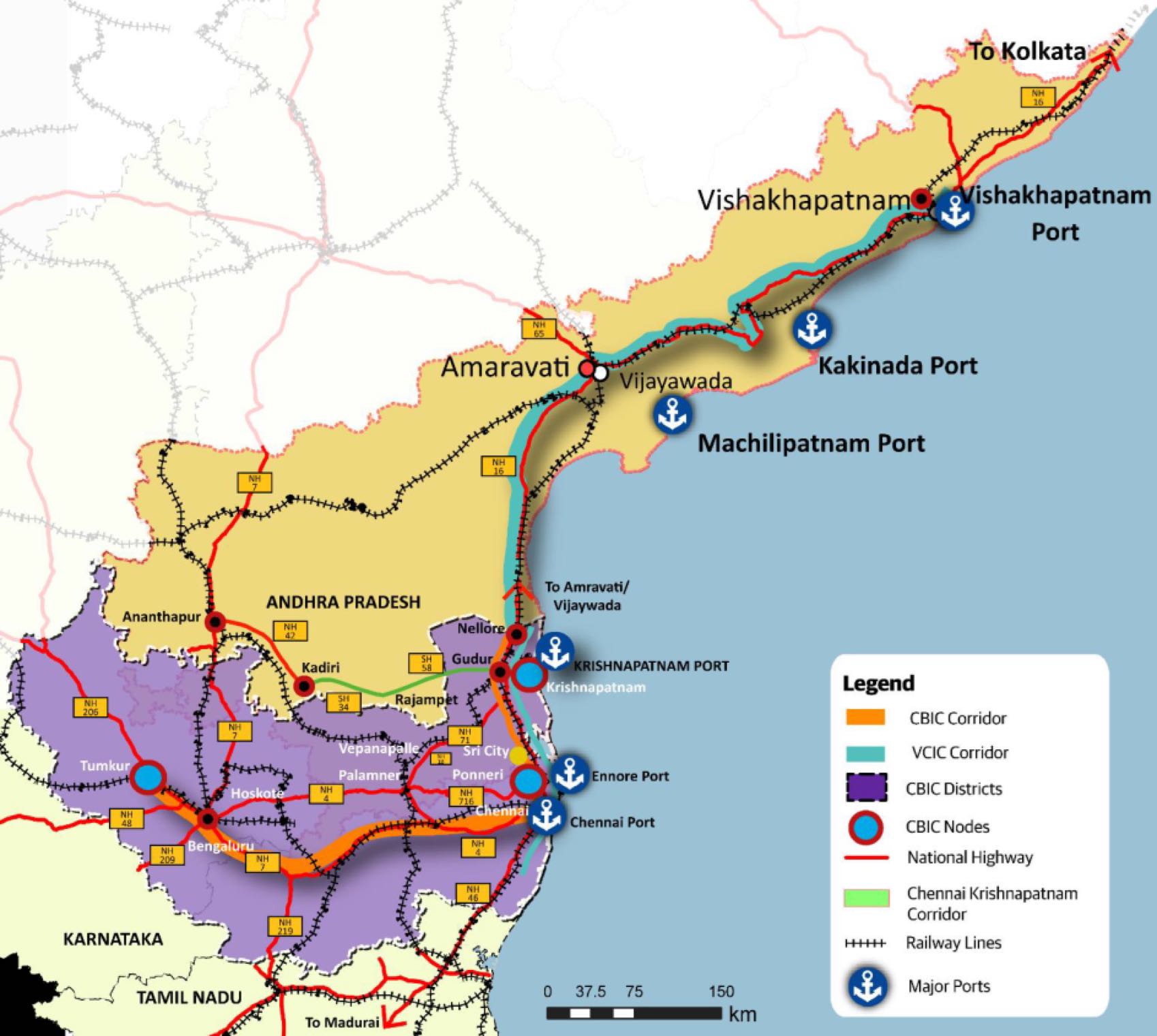 Under this ambitious vision, the State has defined seven missions, one of which is the Infrastructure Mission. The goal of this mission is to create world class infrastructure across the industrial and social sectors, provide excellent global and domestic connectivity and augment the State's energy capacity 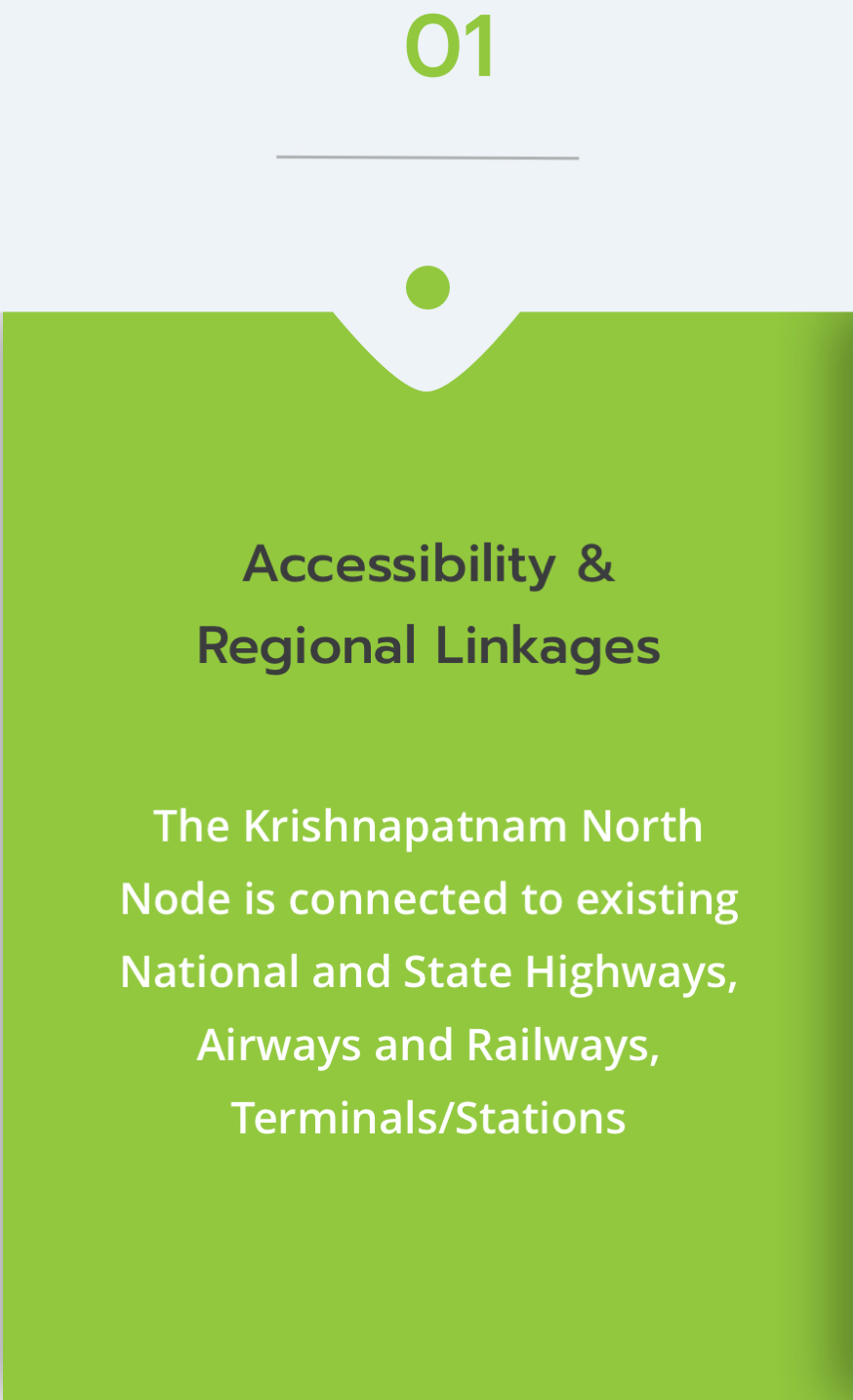 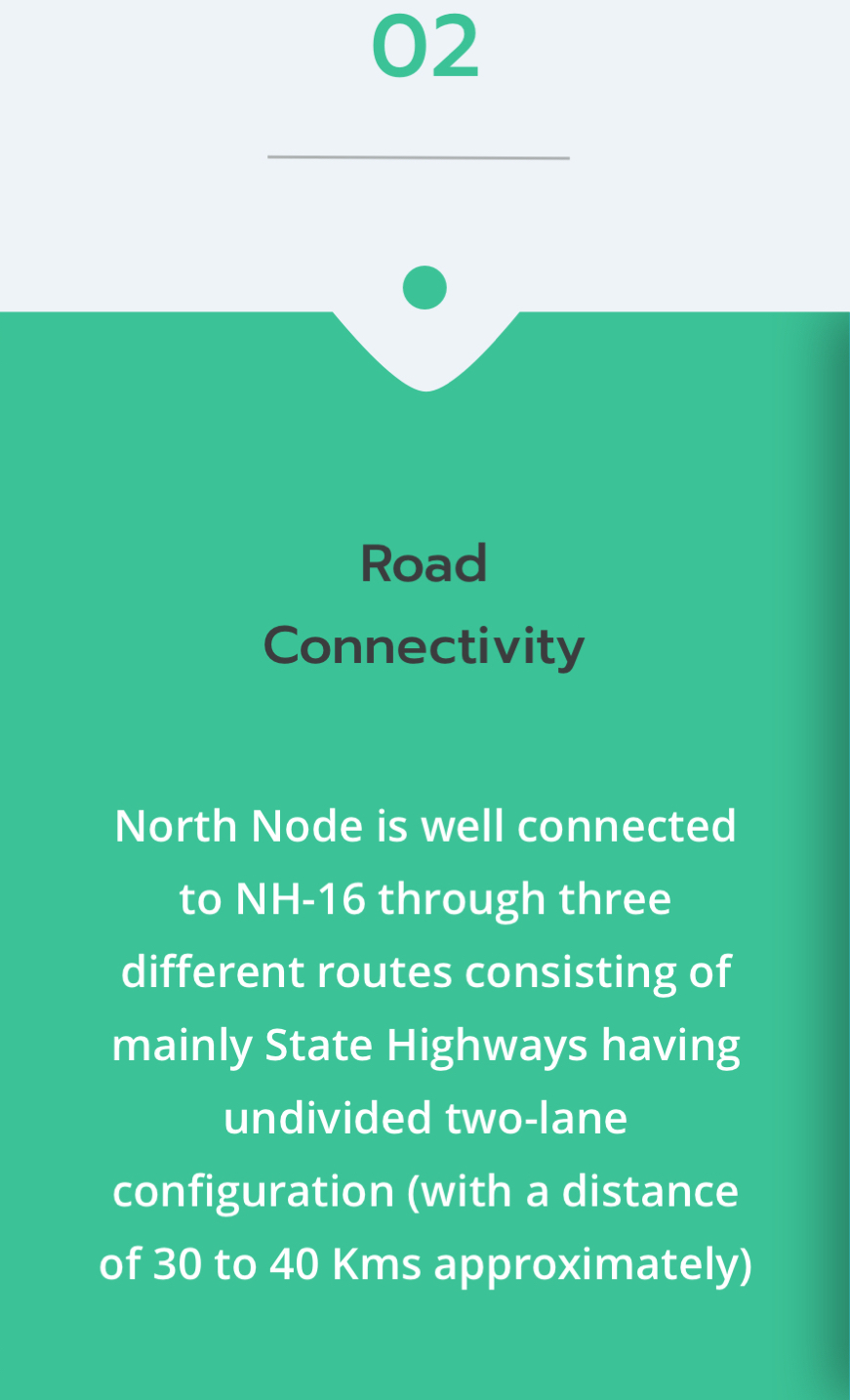 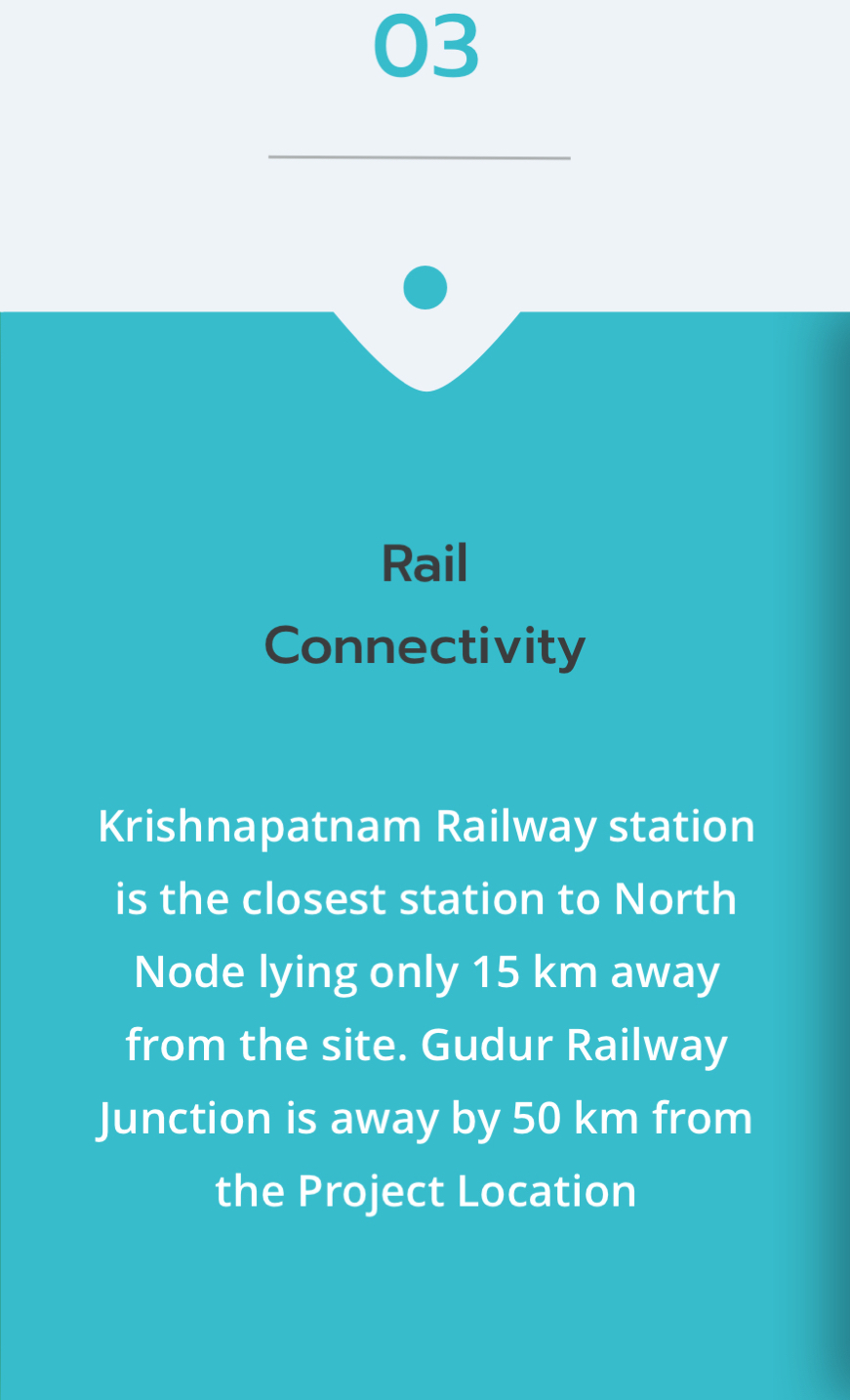 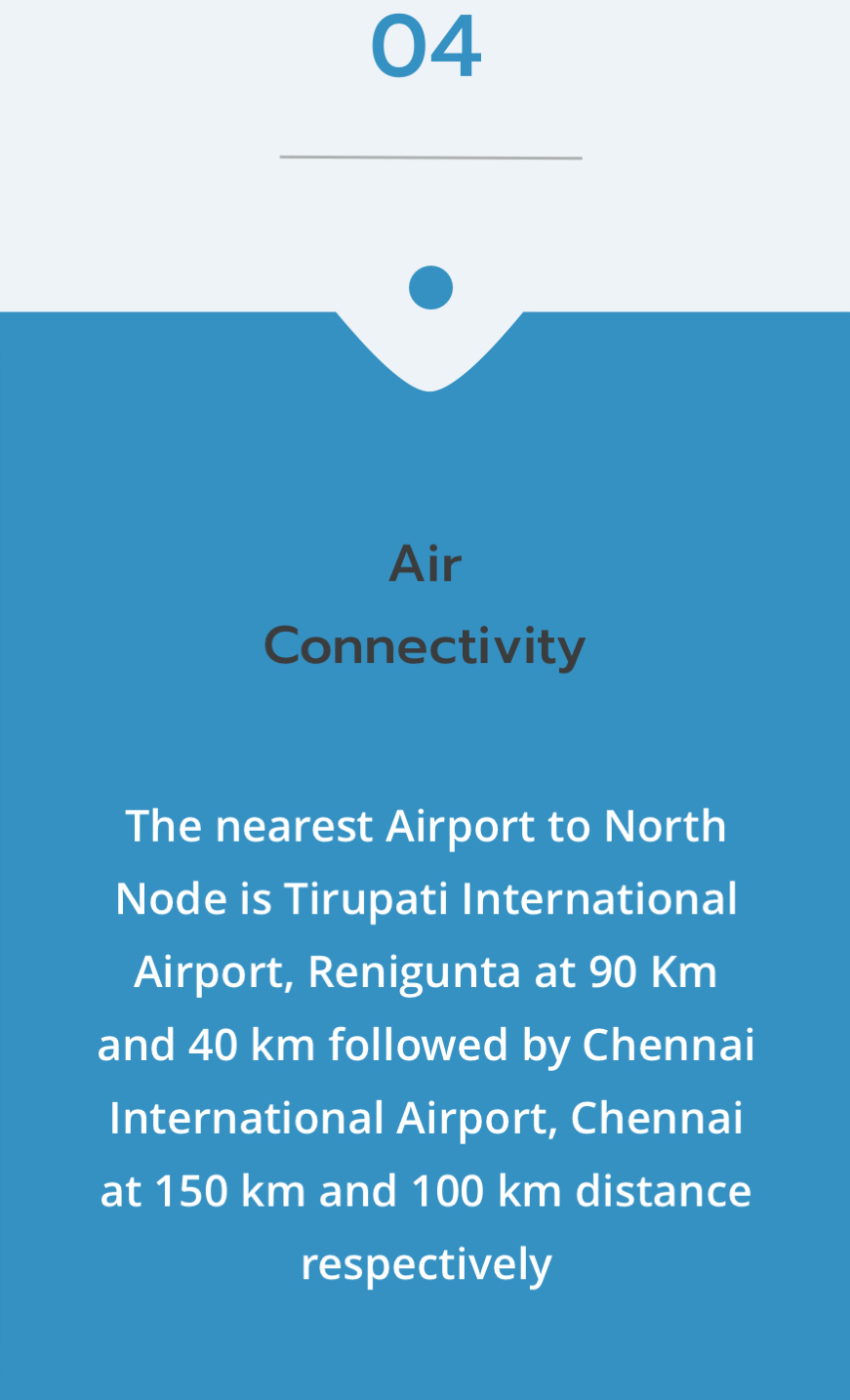 The Krishnapatnam Node under CBIC is spread across two sites located about 60km apart. The North and South sites together admeasure approximately 14,200 acres.

is in Nellore District, about 10 km from the Krishnapatnam Port. It is located about 20 km east of NH-16 and presently connected through existing state highways/ district / village roads to NH-16. In the North site, the total area covered including land parcels available for development, water bodies, roads, existing developments/ activities etc., is around 12,798 acres. The area available for development is around 10,480 acres.

is in Chittoor District located at about 60 km south-west of Krishnapatnam Port. It is about 2 km south of NH-71 and presently connected to NH-71 through existing district / village roads.

The development of the two nodes will be phased. The North Node site is proposed to be developed in three phases, with the area that includes maximum area under APIIC ownership in Phase 1

Lorem Ipsum is simply dummy text of the printing and typesetting industry.